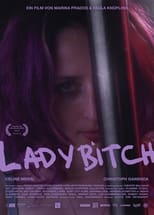 Director Paula Knüpling, Marina Prados CastCeline Meral, Christoph Gawenda & Benny ClaessensRelease Jan 20th, 2022 Ela, a young actress, gets a role with the well-known theatre director Franz Kramer. The production is a great opportunity for Ela, but also comes with pressure. Kramer constantly oversteps Elas boundaries, and the situation worsens when Kramer sexually harasses her. Ela struggles to reconstruct her role as a self-confident character-and realizes that to do so, she has to take the same steps of...
Ladybitch is directed by Paula Knüpling, Marina Prados and was released on Jan 20th, 2022.

Where can you stream Ladybitch: Not yet streaming online