The Hard Problem of Carl 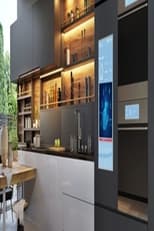 Director CastHugo Armstrong, Emily Baldoni & Mariko Van KampenRelease Jan 1st, 1970 Following a woman who works as a “contact tracer” for artificial intelligence. Responding to a call, she discovers the strange situation of a man apparently “captured” by the emerging AI of his smart refrigerator. As the incident grows more dangerous, she’s drawn into the depths of questions concerning consciousness, awareness, and intention.

Where can you stream The Hard Problem of Carl: Not yet streaming online DVD/Bluray via Amazon