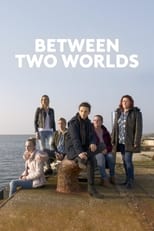 Director Emmanuel Carrère CastJuliette Binoche, Hélène Lambert & Léa CarneRelease Jan 12th, 2022 Marianne Winckler, a well-known author, goes to live in northern France to research for her new book on the subject of job insecurity. Without revealing her true identity, she gets hired as a cleaner, working with a group of other women. In this new role, she experiences financial instability and social invisibility first-hand. But she also discovers mutual assistance and solidarity, strong bonds...
Between Two Worlds is directed by Emmanuel Carrère and was released on Jan 12th, 2022.

Where can you stream Between Two Worlds: Not yet streaming online