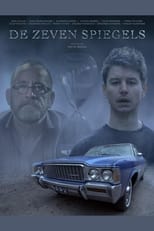 Director Jacob-Carl Pauw CastAris Julian, Hans Diederix & Ivan GroenheijdeRelease TBA After losing both his parents Ralph struggles with a depression. A year later he decides to slowly reduce his medicines with the help of his psychiatrist, although Ralph doesn't always follow his advice. On a rainy day Ralph has one of his usual appointments with the psychiatrist. As unusual as it is, this time the psychiatrist felt compelled to tell Ralph a dramatic story, inspired by a...
The Seven Mirrors is directed by Jacob-Carl Pauw and was released on TBA.

Where can you stream The Seven Mirrors: Not yet streaming online