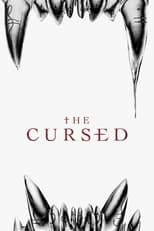 Director Sean Ellis CastKelly Reilly, Boyd Holbrook & Alistair PetrieRelease Feb 18th, 2022 In the late 19th century, a brutal land baron slaughters a Roma clan, unleashing a curse on his family and village. In the days that follow, the townspeople are plagued by nightmares, the baron's son goes missing, and a boy is found murdered. The locals suspect a wild animal, but a visiting pathologist warns of a more sinister presence lurking in the woods.
Eight for Silver is directed by Sean Ellis and was released on Feb 18th, 2022.

Where can you stream Eight for Silver: