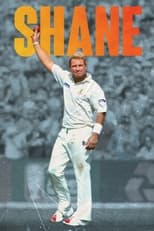 Director David Alrich, Jon Carey, Jackie Munro CastShane Warne, Ian Botham & Sachin TendulkarRelease TBA For a guy who grew up thinking only of Australian Rules football, it’s almost an accident that Shane Warne became the greatest cricketer of a generation, and one of the greats of all time. Mastering the difficult art of spin bowling after being kicked out of football for not being a good enough player proved a pivotal choice for 19 year old Shane – declared unfit and fat, he transformed...
Shane is directed by David Alrich, Jon Carey, Jackie Munro and was released on TBA.

Where can you stream Shane: Not yet streaming online