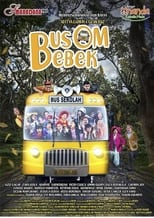 Director Aditya Gumay, Ouzan Ruz CastAziz Gagap, Ricky Cuaca & Zara LeolaRelease Jan 6th, 2022 Om Bebek who wants to retire as a school bus driver. He and the bus driver, Paman Gembul, want to take the children to school. It turns out that in the middle of the trip, Om Duck's bus was hijacked by a kidnapper and the fate of the children on the bus was threatened
Bus Om Bebek is directed by Aditya Gumay, Ouzan Ruz and was released on Jan 6th, 2022.

Where can you stream Bus Om Bebek: Not yet streaming online