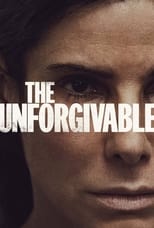 Director Nora Fingscheidt CastSandra Bullock, Viola Davis & Rob MorganRelease Dec 10th, 2021 Released from prison into a society that won't forgive her past, a woman seeks redemption by searching for the sister she left behind.
The Unforgivable is directed by Nora Fingscheidt and was released on Dec 10th, 2021.

Where can you stream The Unforgivable: Not yet streaming online