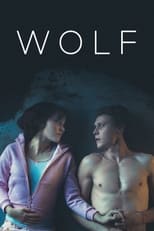 Director Nathalie Biancheri CastGeorge MacKay, Lily-Rose Depp & Paddy ConsidineRelease Feb 18th, 2022 Jacob, a man who believes he is a wolf trapped in a human body, is sent to a clinic by his family where he is forced to undergo increasingly extreme forms of "curative" therapies at the hands of The Zookeeper. Jacob’s only solace is the enigmatic wildcat with whom he roams the hospital in the dead of night. The two form an improbable friendship that develops into infatuation.
Wolf is directed by Nathalie Biancheri and was released on Feb 18th, 2022.

Where can you stream Wolf: