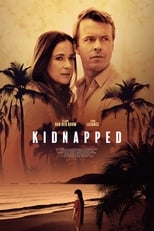 Director Vic Sarin CastClaire van der Boom, Todd Lasance & Melina VidlerRelease Mar 18th, 2021 Savannah Duke-Morgan realizes her lifetime dream to bring her husband Brad and her five-year-old daughter Aria back to her birthplace on the Gold Coast of Australia until it turns into her worst nightmare when Aria goes missing from the resort’s Kidz Klub.
Kidnapped is directed by Vic Sarin and was released on Mar 18th, 2021.

Where can you stream Kidnapped: Not yet streaming online