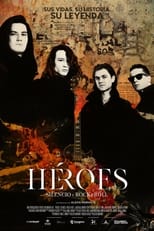 Where can you stream Heroes: Silence and Rock & Roll: Not yet streaming online

No trailer released yet
Stay up to date with the streaming options of Heroes: Silence and Rock & Roll & other streaming releases