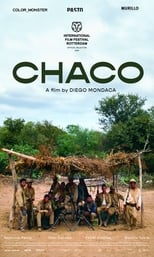 Director Diego Mondaca Cast, & Release Nov 19th, 2020 In 1934, Bolivia is at war with Paraguay. Liborio and Ticona and other Bolivian indigenous soldiers are lost in the hell of the Chaco, under the commandment of German Captain Kundt. They're looking for the Paraguayan enemy that they haven't seen for months, and that they will never find. They leave together in a search that will make them realize, progressively, the destiny they have been pushed...
Chaco is directed by Diego Mondaca and was released on Nov 19th, 2020.

Where can you stream Chaco: Not yet streaming online