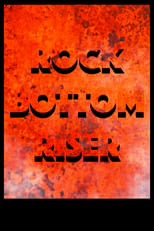 Director Fern Silva CastNainoa Thompson, Moses Goods & Rubellite JohnsonRelease Apr 30th, 2021 From the earliest voyagers who navigated by starlight to the discovery of habitable planets by astronomers, Rock Bottom Riser examines the all-encompassing encounters of an island world at sea. As lava continues to flow from the earth’s core on the island of Hawaii—posing an imminent danger—a crisis mounts. Astronomers plan to build the world’s largest telescope on Hawaii’s most sacred...
Rock Bottom Riser is directed by Fern Silva and was released on Apr 30th, 2021.

Where can you stream Rock Bottom Riser: Not yet streaming online