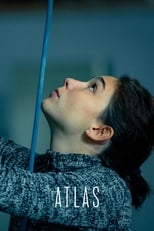 Director Niccolò Castelli CastMatilda De Angelis, Helmi Dridi & Angelo BisonRelease Jan 20th, 2021 Passionate for climbing, Allegra is victim of a terrorist attack, in which her friends lose their lives. She isolates herself after crushing fear towards people and a burning desire for revenge start devouring her. Her beloved ones are helpless. In order to be able to go back enjoying her life, she will have to face her inner struggles. In doing so, Arad – a young refugee from Middle East –...
Atlas is directed by Niccolò Castelli and was released on Jan 20th, 2021.

Where can you stream Atlas: Not yet streaming online