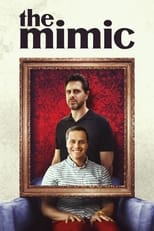 Director Thomas F. Mazziotti CastThomas Sadoski, Jake Robinson & Release Feb 5th, 2021 Based on a true story, ‘the Narrator’ is befriended by his young new neighbor, after he joins the local newspaper team. Obsessed with the idea that ‘the Kid’ may be a sociopath, ‘the Narrator’ goes to extreme lengths to uncover the truth about him. After unsettling rendezvous, the truth he finds is anything but what he expected.
The Mimic is directed by Thomas F. Mazziotti and was released on Feb 5th, 2021.

Where can you stream The Mimic: Not yet streaming online DVD/Bluray via Amazon