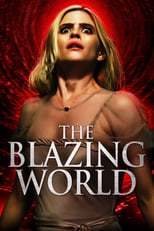 Director Carlson Young CastCarlson Young, Udo Kier & Dermot MulroneyRelease Oct 15th, 2021 Ever since Margaret was six years old, she has been haunted by the memory of watching her sister drown during an explosive fight between her parents. As a young woman, she slides further into her twisted inner life, ultimately finding herself on the brink of suicide. Through an epic journey down the smokiest and scariest corridors of her imagination, she tries to exorcise the demons pushing her...
The Blazing World is directed by Carlson Young and was released on Oct 15th, 2021.

Where can you stream The Blazing World: Not yet streaming online DVD/Bluray via Amazon