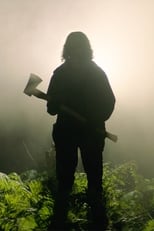 Director Ben Wheatley CastJoel Fry, Ellora Torchia & Hayley SquiresRelease Jan 29th, 2021 As a deadly virus ravages the world, Dr. Martin Lowery embarks on a mission to reach test site ATU327A, a research hub deep in the Arboreal Forest. The arduous journey, guided by park scout Alma, is set back by a nighttime attack that leaves the two bruised and shoeless. When they run into Zach, a man living off the grid, they gratefully accept his help. Zach’s intentions aren’t exactly what...
In the Earth is directed by Ben Wheatley and was released on Jan 29th, 2021.

Where can you stream In the Earth: Not yet streaming online