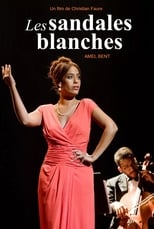 Director Christian Faure CastAmel Bent, Naidra Ayadi & Mhamed ArezkiRelease Jan 21st, 2021 It all begins in the early 60s, in a slum just outside Paris inhabited by Algerian immigrants. Malika is 5, and her mum has just bought her a brand-new pair of sandals. They're so white that the little girl can't keep her eyes off them, and doesn't see the reversing truck. Then begin years of hospital, operations, suffering and struggle. Years far from her family, during which the little Muslim...
Les sandales blanches is directed by Christian Faure and was released on Jan 21st, 2021.

Where can you stream Les sandales blanches: Not yet streaming online