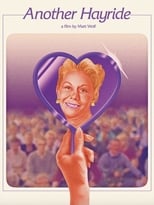 Director Matt Wolf Cast, & Release Jan 19th, 2021 As the AIDS epidemic took hold in the early 1980s, self-help guru Louise Hay created a space for healing called the Hayride. Drawing hundreds of gay men confronting a deadly and stigmatized disease, Louise promised that they could overcome AIDS through self-love. Some said this early new age wellness movement was unscientific and harmful. Others who were suffering said that Louise healed them. In...
Another Hayride is directed by Matt Wolf and was released on Jan 19th, 2021.

Where can you stream Another Hayride: Not yet streaming online