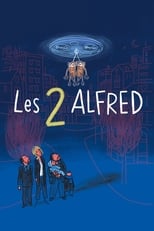 Director Bruno Podalydès CastDenis Podalydès, Bruno Podalydès & Sandrine KiberlainRelease Jun 16th, 2021 Down-on-his-luck, unemployed Alexandre has two months to prove to his wife he can take care of his two young kids and be financially independent. Now, the thing is, although The Box, a user-friendly startup, wants to hire him on pro- bation, the company’s slogan is “No kids!” and Séverine, his future boss, is a short-tempered “killer”. So if Alexandre wants to land the job, he’s bound...
French Tech is directed by Bruno Podalydès and was released on Jun 16th, 2021.

Where can you stream French Tech: Not yet streaming online