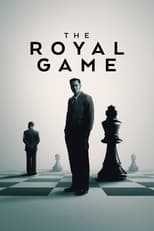 Director Philipp Stölzl CastOliver Masucci, Birgit Minichmayr & Albrecht SchuchRelease Sep 23rd, 2021 1938. While the Nazi troops march into Vienna, the lawyer Josef Bartok hastily tries to escape to the USA with his wife but is arrested by the Gestapo. Bartok remains steadfast and refuses to cooperate with the Gestapo that requires confidential information from him. Thrown into solitary confinement, Bartok is psychologically tormented for months and begins to weaken. However, when he steals an...
Schachnovelle is directed by Philipp Stölzl and was released on Sep 23rd, 2021.

Where can you stream Schachnovelle: Not yet streaming online