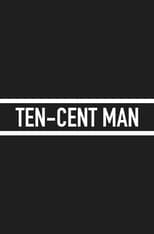 Director Cast, & Release Jan 1st, 1970 Taking place in the late 1880's, a widowed farmer accidentally kills the highly respected, but also very immoral sheriff of his town. He then goes on the run in hopes that he won't have to face the deadly consequences of his doings. But he soon realizes that running away from your past is more difficult than it seems.

Where can you stream Ten-Cent Man: Not yet streaming online DVD/Bluray via Amazon