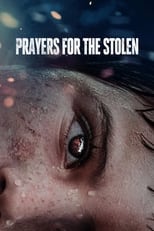 Director Tatiana Huezo CastMayra Batalla, Norma Pablo & Olivia LagunasRelease Nov 17th, 2021 In a mountain town, where corn and poppies grow the girls wear boyish haircuts and have hiding places underground to escape the threat of being stolen. Ana and her two best friends grow up together, affirming the bonds of their friendship and discovering what it means to be women in a rural town marked by violence. Their mothers train them to flee death, to escape those who turn them into slaves...
Noche de Fuego is directed by Tatiana Huezo and was released on Nov 17th, 2021.

Where can you stream Noche de Fuego: