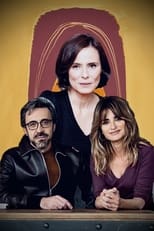 Director Pedro Almodóvar CastPenélope Cruz, & Release TBA The story of two women who give birth on the same day.
Madres Paralelas is directed by Pedro Almodóvar and will premiere on TBA.

Where can you stream Madres Paralelas: Not yet streaming online