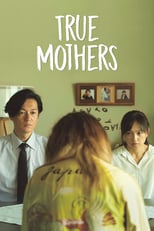 Director Naomi Kawase CastHiromi Nagasaku, Arata Iura & Aju MakitaRelease TBA After a long and unsuccessful struggle to get pregnant, convinced by the discourse of an adoption association, Satoko and her husband decide to adopt a baby boy. A few years later, their parenthood is shaken by a threatening unknown girl, Hikari, who pretends to be the child's biological mother. Satoko decides to confront Hikari directly.
True Mothers is directed by Naomi Kawase and was released on TBA.

Where can you stream True Mothers: Not yet streaming online