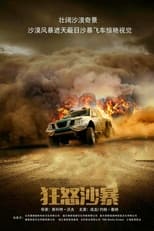 Director Scott Waugh CastJackie Chan, John Cena & Pilou AsbækRelease TBA When a China-run oil refinery is attacked in Mosul, Iraq, a Chinese private security contractor is called in to extract the oil workers. He learns, however, that the attackers’ real plan is to steal a fortune in oil, and teams up with an American former Marine to stop them.
Project X-Traction is directed by Scott Waugh and will premiere on TBA.

Where can you stream Project X-Traction: Not yet streaming online