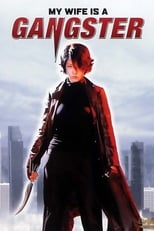 Director Jin-gyu Cho CastShin Eun-kyung, Ahn Jae-mo & Park Sang-myeonRelease Sep 28th, 2001 Eunjin who is a living legend among the gangsters dominates the male-centered underworld wielding only a pair of her trademark blades. One day, Eun-jin finds her sister from whom she was separated at an orphanage during childhood, and her sister tells Eun-jin that her last dying wish is to see that Eun-jin gets married.
The Vigil is directed by Jin-gyu Cho and was released on Sep 28th, 2001.

Where can you stream The Vigil: Not yet streaming online