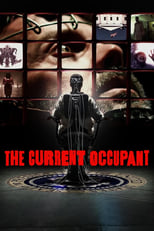 Director Julius Ramsay CastBarry Watson, Sonita Henry & Marvin 'Krondon' Jones IIIRelease Jul 17th, 2020 Trapped in a mysterious psychiatric ward, a man with no memory comes to believe that he’s the President of the United States and the subject of a diabolical political conspiracy. As the asylum’s soul-crushing forces bear down on him, he fights to preserve his sanity and escape so that he can return to power.
The Current Occupant is directed by Julius Ramsay and was released on Jul 17th, 2020.

Where can you stream The Current Occupant: Not yet streaming online DVD/Bluray via Amazon