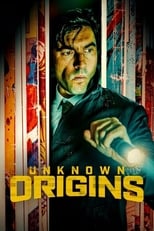 Director David Galán Galindo CastJavier Rey, Verónica Echegui & Brays EfeRelease Aug 28th, 2020 In Madrid, Spain, a mysterious serial killer ruthlessly murders his victims by recreating the first appearance of several comic book superheroes. Cosme, a veteran police inspector who is about to retire, works on the case along with the tormented inspector David Valentín and his own son Jorge Elías, a nerdy young man who owns a comic book store.
Unknown Origins is directed by David Galán Galindo and was released on Aug 28th, 2020.

Where can you stream Unknown Origins: