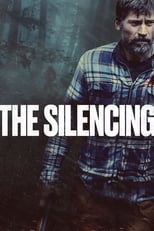 Director Robin Pront CastNikolaj Coster-Waldau, Annabelle Wallis & Zahn McClarnonRelease TBA A reformed hunter becomes involved in a deadly game of cat and mouse when he and the local sheriff set out to track a vicious killer who may have kidnapped his daughter years ago.
The Silencing is directed by Robin Pront and was released on TBA.

Where can you stream The Silencing: Not yet streaming online DVD/Bluray via Amazon