Run with the Hunted 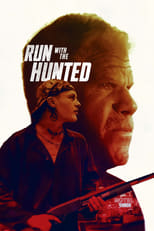 Director John Swab CastRon Perlman, Mark Boone Junior & Michael PittRelease Jun 26th, 2020 Oscar, a young boy, commits a noble murder and is forced to runaway from his rural hometown, leaving behind his best friend, Loux. He escapes to the nearest city, where he is inducted into a gang of child street thieves. His innocence slips away as he is introduced to love, murder, and corruption. 15 years later, he has forgotten his past and become the leader of this band of lost children. When...
Run with the Hunted is directed by John Swab and was released on Jun 26th, 2020.

Where can you stream Run with the Hunted: