Horrors rely to a large degree on atmosphere. Good horrors, through atmosphere, can give you the creeps without you being able to pinpoint what it is that is disturbing you. Great horrors employ atmosphere to strengthen their already solid storyline. However, as we all know, truly great horrors are a rarity. Very seldom a manufactured atmosphere can salvage a film’s poor twists and plot-points from appearing ridiculous and far-fetched. I am on the fence about whether this is the case for Jim Mickle’s Cold in July (2014). Mickle, a promising young director, has made a name for himself with horror titles like Stake Land and Mulberry St, but with his 2013 We Are What we Are already started heading towards the thriller genre, and now with Cold in July has made a full-fledged transformation. He has, however, brought along with him his horror touch for atmosphere. This touch made for a terrific first hour, but could not salvage the preposterous storyline.

Cold in July starts of with a relatively straight-forward premise. From the very first second the film draws us into the life of Richard Dane, an average Joe (with one of the worst haircuts I have ever seen in film) played by Dexter‘s Michael C. Hall, who in a state of panic kills a burglar. This burglar turned out to be the son of a vindictive ex-con, Ben Russel (Sam Shepard), who sets out to make Dane’s life miserable. Dane gets police protection, but soon the feeling creeps up on him that the police is not telling him the whole story.

A LITTLE SPOILER HERE – When the ex-con gets arrested, Dane is asked to come to the police station to finish up the paperwork. At the station he sees a wanted poster of the burglar he allegedly killed – it turns out to have been someone else. It does not take long before he understand that he has been used as bait to set up Russel. </SPOILER>

So far so good. A rather original turn of events, but from here onwards the plot goes crazy, and you have the feeling that you are watching a completely different film with a different tone, like Place Beyond the Pines but then with the same main character and without a credible storyline. The main problem is that there is no real reason for Dane to still be apart of the story, making you feel like you are on a narrative ride you are not supposed to be on. Sure, perhaps I should not desire this from a film that manifestly sets itself up as a ‘superior piece of Texas pulp fiction’ playing into the B-movie feel (although it has a richly textured and beautiful cinematography), but I can not help wanting a little more.

Blue Ruin, a fantastic 2014 American indie thriller, also leaves the viewer in the dark and the film is also largely driven forward by a what is next? suspense. But Blue Ruin, unlike Cold in July is less pretending to be rooted in reality. From the very outset we know Blue Ruin’s protagonist is a bit of a nutter, and we immediately no longer require the plot to consist of likely events. Jim Mickle’s thriller, on the other hand, is trying to establish a relationship of relatability between the viewer and Dane – you could be him, this could happen to you. Through the first half of the film he accomplished this feeling masterfully, sincerely making me wonder what I would do in several situations. After that things become highly unlikely, and one could easily start losing interest. But I am sure that niche audiences admiring his previous films, will continue to be satisfied throughout the film – perhaps even with the middle part when it loses its pace.

Half way through the film I realized Cold in July should have been a mini-series. The script is full of interesting stuff, but what it really needs is a lot more room for character development to make the viewer relate to Dane’s impulsive decision to go along for the very dangerous ride. If the film would have been spread out over 6 1-hour episodes it could have achieved its goal of making us imagine being inserted into such situations. It comes as no surprise that IMDB tells me Mickle is currently involved in directing a tv-show – he would be perfect for it. Not to say he should stop making features. I might have lost a connection to the protagonist, but I was never truly bored. He has developed a great tight-fisted 80’s atmosphere & tension, created really captivating action sequences (and I am usually indifferent to action sequences), and brought out the best in veteran actors Sam Shepard & Don Johnson.  I see a lot of potential, and with a slightly better screenplay, Mickle is a director to watch out for in the future. 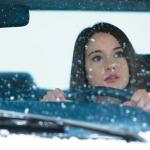