William Shakespeare is a pretty influential guy when it comes to modern cinema. Now I know that may seem like something an over eager high school teacher might say to you whilst handing you a copy of Hamlet, but it is sort of true. He is the industry equivalent of Japanese knotweed whose roots and tendrils seep into every nation’s cinema with adaptations of his work coming thick and fast in recent years. Continuing the trend 2015 appears to be no different with production in place or having already concluded on a number of Shakespeare based films.  In light of this it seems only rational to note several recent Bard based films worth highlighting. 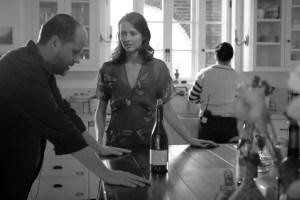 When you think “Shakespeare Adaptation” you immediately conjure images of doublet and hose, Brannagh and Olivier, girls dressed as boys; not Joss Whedon, creator of Buffy, director of The Avengers and chief swami of the nerdy ashram. However, Whedon’s apparent Midas touch works again as he gilds a stylish, witty, and ultimately, fun movie. Shot in just twelve days entirely in black and white, Whedon creates a rom-com environment which manages to maintain the humour throughout. With a cast filled with familiar faces found in other Whedon projects, he doesn’t shy away from the darker aspects and erotic undertones most rom-coms choose to ignore, resulting in something sweet rather than saccharine. Beautiful cinematography and an elegant late 60s wardrobe all within a house Cary Grant could’ve drank Old Fashioned’s in during the day and stole diamonds from at night, this movie will surprise, and if it doesn’t, it will undoubtedly charm you. 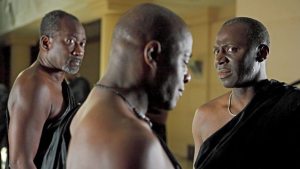 A troubled African nation beset by corruption, conflict and coup d’etats is the perfect equivalent for the Roman Empire. It fits almost too perfectly, with the prophetic nature of this work seeming unsettlingly appropriate. Flashes of Kalashnikovs in abandoned shopping malls filmed on smart phones offset by beautifully adorned government officials and generals in full military attire with one too many medals portray a nation at breaking point. This is the Arab Spring before and as it happens. Doran’s feature seemlessly mixes stage production with film set and the all black cast proves the wealth of acting talent Britain currently possesses. Paterson Joseph, a well known fixture on British television in recent years, is a flawed, almost righteous Brutus and Ray Fearon as Mark Anthony kills people better than most. Amongst this wealth of talent Jeffery Kissoon dominates as Caesar, immaculate white linen suit and flash watch evoking any number of recent African dictators. This BBC produced film proves that mankind may not learn from its mistakes, but it can make a pretty good movie as a result of them. 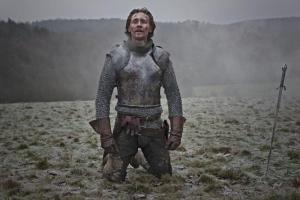 Alright, I’ll admit it; this one is cheating. Technically it is four TV movies under the guise of a miniseries, but I don’t care, because they’re all brilliant. Firstly, the cast is stacked, I mean seriously loaded. Across the series there are standout performances from: Ben Whishaw, Tom Hiddleston, Jeremy Irons, Simon Russell Beale, David Morrisey, Julie Walters, David Suchet and the list goes on and on and on. With a setting that could be lifted from a Game of Thrones box set and a costume department who deserve a medal and a free dinner, this miniseries looks like the England Nigel Farage pictures when he hears Jerusalem. Whishaw, Irons and Hiddleston portray three very different kings and the trials and tribulations which come from being a medieval monarch, all nailing their perfomances so well you could hang them from the castle door. If all this wasn’t enough praise, it won multiple BAFTAs and has warranted a follow up series focusing on the War of the Roses plays which will air in the spring with Tumblr darling Benedict Cumberbatch and wizard darling Michael Gambon both signed to major roles. 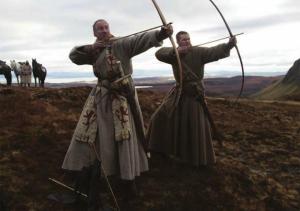 This upcoming version of the “Scottish Play” looks like it could be a dandy. With everyone’s favourite German-Irish actor Michael Fassbender playing the title character and recent Bond Girl Marion Cotillard playing his beloved Lady Macbeth. Pedigree comes in the form of director Justin Kurzel, whose debut Snowtown was phenomenal and there is also a role for one of my own personal mancrushes in the shape of Paddy Considine. Set for release somepoint next year, this film is already generating some pretty noteworthy oscar buzz. 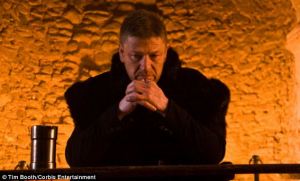 Another Macbeth adaptation pouncing on the popular Game of Thrones shaped bandwagon, is Kickstarter backed Enemy of Man. Having reached it’s target earlier this year and claiming to strip back dialogue and crank up action, Regan’s directorial debut looks to be as bleak and dark as the moors it is filmed upon. Whilst I’m still not sold on Kickstarter or Indiegogo backed movies yet this one could change my mind. GoT vets Sean Bean and Charles Dance star and therefore don’t need to buy new outfits, with part time ice cream man and full time ginger Rupert Grint aiming to display his serious acting chops akin to Daniel Radcliffe’s The Woman in Black. If you weren’t quick enough to back this movie and get some sweet film based postcards doing so, then don’t fret because the trailer has been released and you should definitely check it out. 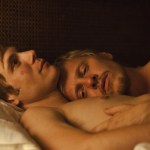 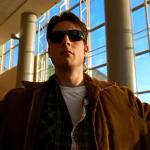 The many faces of Tom Cruise, his 10 best performances