At almost every major festival the question is being raised again; where are the female filmmakers? According to a recent extensive study by U.S.C.-Annenberg, there are 24 male directors for EVERY female filmmaker. Quite depressing rates, huh.

So film is dominated by men. Despite the efforts of 1970’s feminist film theorists, it’s still mainly men behind the camera. It would be interesting to take a look at film schools. How many girls actually enroll annually? Wouldn’t that give us an idea of what to expect in the future? In recent times, female directors like Sofia Coppola, Kathryn Bigelow (first woman to win the Oscar for Best Director!), Claire Denis, Kelly Reichardt and Naomi Kawase received much critical acclaim. They enriched the cinematic canon with their distinct, female touches. But who are todays’ and tomorrows’ most gifted women in film? In our humble opinion, these 13 really stand out…

UK helmer Hope Dickson Leach worked as Tod Solondz’ assistant and directed a handful of impressive morbidly funny short films before she finally released her first feature film The Levelling. As opposed to her shorts, The Levelling is a poignant, dead serious portrait of a young woman struggling with the death of her brother and its dramatic aftermath.

After co-directing an obscure film for television, Julia Ducournau’s first proper feature film proved to be a total game-changer. Raw is a visually striking, feminist gore fairytale about a young vet school student turning into a cannibal after a humiliating hazing ritual involving eating raw meet. A stunning parable about female empowerment and peer pressure. Easily one of the most assured debut films I have seen in a long time.

Young New York filmmaker Anna Rose Holmer seemed to appear out of nowhere at the 2015 Venice Film Festival. She made quite an impression with her difficult to pigeonhole first feature The Fits. Part coming-of-age, part dance film and part mystery, the film evolves around Toni, 11-year tom boy assimilating to an all-girl dance group. Toni struggles for the girls’ recognition, but things take a weird turn as a seemingly contagious fainting spell falls upon the team. Despite its short running time, Holmer, who also wrote the script, managed to create a film that is both visually and thematically overwhelming. An impressive exploration of gender, competition and growing pains.

Céline Sciamma rose to modest fame after her well received minimalist coming of age drama Naissance des Pieuvres (Water Lilies) in 2007. In her films, she focusses on the growing pains of young girls dealing with gender/sexuality issues. Sciamma usually works with non-professional actors and is clearly a gifted acting coach as she pushes her young protagonists to great heights. Bande des Filles (Girlhood) is the culmination of her work so far; a sensitive portrait of a young immigrant Parisienne struggling for acceptance in the harsh world of the banlieues.

After working for quite some years as a succesful actress both in her home country and Hollywood (she was brilliantly casted as Shosanna in Tarantino’s Inglorious Basterds), Mélanie Laurent took up aspirations to direct films herself, which resulted in her debut film Les Adoptes. Les Adoptes, a dramedy about a close-knit relationship between a mother and her daughters, was met with mixed results, but clearly showed young Laurents’ potential. Very recently, her anticipated second feature Respire came out, a tender and painful coming of age tale of a young girl embarking on a dangerous friendship with a popular girl in high school.

Alice Rohrwacher’s name created a small buzz after she received the Grand Jury Prize for La Meraviglie (The Wonders) at the Cannes festival of 2014. Being one of the only two women competing at the festival, some journalists were wondering wether she got the award just because she’s a woman. Nonsense of course, as I haven’t seen a more moving and sweet portrayal of growing up on the countryside. Rohrwacher has a style her own, creating a world that is both poetic and real. 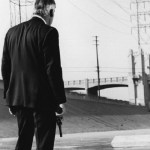 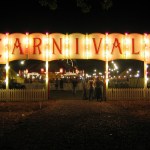