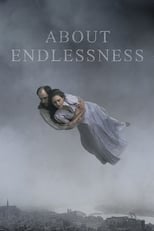 Director Roy Andersson CastMagnus Wallgren, Lisa Blohm & Kristina EkmarkRelease Sep 18th, 2020 Synopsis Roy Andersson directs and writes the Swedish tragicomedy, About Endlessness (Swedish title: OM DET OÄNDLIGA), released on November 15, 2019. Starring Martin Serner, Jessica Louthander, Tatiana Delaunay, Anders Hellstrom, and Jan Eje Ferling, it was first screened at the Venice Film Festival in September 2019. It was originally entered to vie for the coveted Golden Lion award. It settled for the Silver Lion for Best Direction instead. The film was produced by Roy Andersson Filmproduktion AB, Essential Films, 4 ½ Fiksjon AS. It garnered a 95% Rotten Tomatoes approval rating, with critics praising the direction and storyline.
About Endlessness is directed by Roy Andersson and was released on Sep 18th, 2020.

Where can you stream About Endlessness: Not yet streaming online