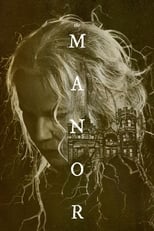 Director Axelle Carolyn CastBarbara Hershey, Bruce Davison & Nicholas AlexanderRelease Oct 8th, 2021 After suffering a stroke, Judith moves into a historic nursing home, where she begins to suspect something supernatural is preying on the residents. With no one willing to believe her, Judith must either escape the confines of the manor, or fall victim to the evil that dwells within it.
The Manor is directed by Axelle Carolyn and was released on Oct 8th, 2021.

Where can you stream The Manor: '